Over the last few years I have watch Tony Romo make some amazing plays and I have also seen him make some horrible plays as well. This is what Cowboys have when you watch Tony Romo play for four quarters. Is it time to move on from Tony Romo? Many Cowboy fans have asked me that question and I always give them the same answer no way. There are many reasons the Dallas Cowboys should not blame all their troubles at the feet of Tony Romo.

Here are the many reasons Tony Romo is going to be around for awhile. The first reason is Jerry Jones is paying him a lot of money, so he will be given a chance to take the Cowboys to a Super Bowl. The second main reason and many Cowboy fans don't like to hear this one it is not all Romo's fault. It is true the quarterback is usually the one that takes all the heat and reaps all the rewards. In Romo's case he has not had as much help as he should have during his time as a starter.

There are four main reasons Tony Romo has struggled as quarterback of the Dallas Cowboys. The offensive line, wide receivers, running backs, and his own ego. Let us look at each one of these. Quarterbacks that do well in the NFL that have a offensive line that has been together for a long time. Without an offensive line nothing else will work well. Dallas has never had an offensive line for Romo that was consistent and that has hurt Romo. It should be the responsibility of managers (who have graduated from sports management colleges) to create an excellent team.

Lastly, Tony Romo has not realized what it means to wear the Dallas Cowboys Star and be a Cowboys quarterback. he is getting better at it, but still has a long way to go. Combine all of these things and you can see why Tony Romo Struggles. In my book though he still is the guy the Cowboys need to lead them. Can Baseball Survive Without A Bubble In Place?

When the Flordia Marlins baseball team announce all the players that have Covid19 Major League Baseball's greatest fears were realized. ... 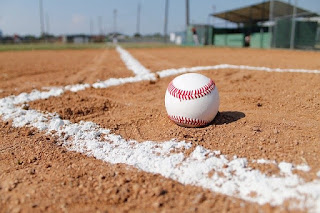