Kia Rio Scavenger Hunt An Adventure For Everyone To Enjoy

This is a Sponsored post written by me on behalf of Kia Rio for SocialSpark. All opinions are 100% mine.

Everyone loves an adventure, but many times it's the journey along the way that is the best part.  Kia has sent two pairs of friends through Los Angeles on a scavenger hunt. They will visit five landmarks and try to find items through clues given to them and find Christina Milian. Can you imagine doing this with your best friend? Taking this challenge is fun and using a 2012 Kia Rio 5-door just makes this event more exciting for the participants.  The Kia Rio has some impressive features such as the latest bluetooth system, USB jack, rear camera just too name a few. Toss in UVO Technology and you will have in all in your next vehicle.

Some of the landmarks the contestants will be visiting are The Griffith Merry-Go-Roud, Amoeba Records, Rodeo Drive, Pink's Hot Dogs, and the Roosevelt Hotel. Each one is a special location that people visit on a daily basis and part of the Los Angeles scene. Out of all the challenges for me the Amoeba Records challenge would probably be the toughest. Check out the video below and find out what I am talking about.

You will also want to check out theRio Explorer Page to find out more about the Rio. This challenge is one of a kind and getting to do it with a special friend makes it even more special. Each challenge is tough and you must really think about each one. Check the video out above and leave your comments. If you are up to a challenge the Kia Rio Scavenger Hunt fills the bill. Enjoying it in a Kia Rio is just icing on the cake.

- June 29, 2012 No comments:
Email ThisBlogThis!Share to TwitterShare to FacebookShare to Pinterest

- June 29, 2012 No comments:
Email ThisBlogThis!Share to TwitterShare to FacebookShare to Pinterest

Time For Sports Blogging Network To Go Around College Football and see how some of the programs should fare this upcoming season. The first schedule we will look at is the Ohio State Buckeyes.
The Buckeyes have a new coach in Urban Meyer and the Buckeye faithful will look for him to get this program back to the top. I have no doubt he will, but let us take a look at the Buckeyes schedule coming into the 2012-2013 season.
The first four games should help the Buckeyes get a fast start as they are not too tough at all. After that though the Big Ten schedule starts and it gets a lot tougher. On Sept 29th they go play Michigan State on the road that is a tough test for them. They also have Penn State and Wisconsin on the road as well two more tough road games. The Buckeyes in my opinion are looking at and 10-2 or 9-3 record this season. That is not bad considering all they went through last season. Lebron James Long Journey To Champion Is Now Over

No matter if you like or hate Lebron James you must give him credit for this Championship. He played like a beast in the NBA playoffs and was named MVP in The Finals. James has taken a lot of heat in the last two years, but if you ask him he will tell you it was worth it. Many people, might try and take this win from James, but he earned it even if it was a shortened season.

Lebron James came into the Finals and vowed to play better and he did. When the Heat was struggling and they needed someone to step up it was James. Give him credit he was the main reason the Miami Heat are NBA Champions. Lebron James is the main reason for it and should get the credit he finally deserves. I am not a James fan but he has earned my respect as winning and NBA title is never easy and he worked his butt off to get this one. Congratulations Lebron James NBA Champion! 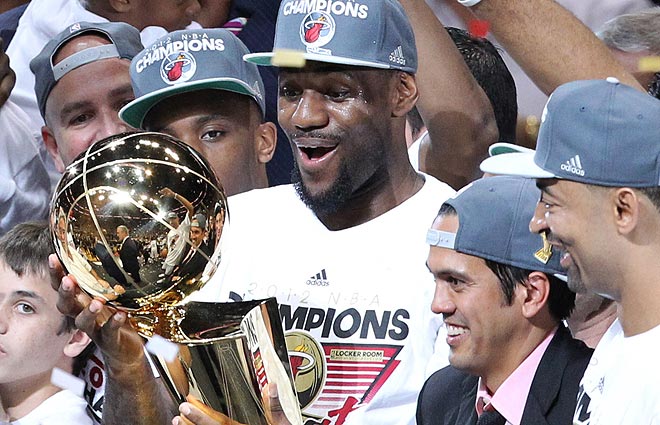 How Much Longer Can The Dallas Cowboys Stick With Tony Romo? 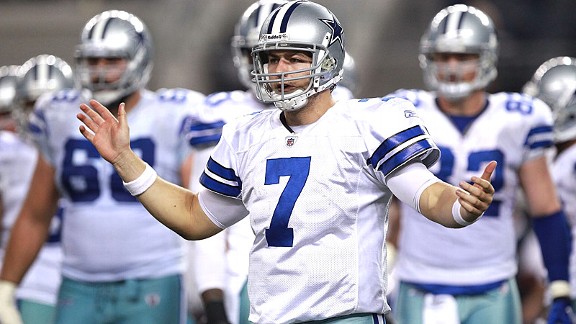 The Dallas Cowboys have some serious decisions coming into the season. What direction they want to go, but most of all how much longer can they go with Tony Romo at quarterback. Jerry Jones feels he is the quarterback to lead them to the Super Bowl, but others are not so sure he is the answer to the Cowboys issues. Romo has played well at times, but has also cot them games in the process. Tony Romo just does not seem the right fit in my mind for the Dallas Cowboys at quarterback.

One of the biggest problems the Cowboys have is they do not have anyone to take Romo's place. Jon Kitna, Kyle Orton, and Stephen McGee are not names that will scare any NFL defense these days. This means the Dallas Cowboys will need to have Tony Romo be their No.1 quarterback for the time being. At some point though the Dallas Cowboys may need to decide Tony Romo is just not what they need. The sooner they make this decision I think the better the Dallas Cowboys can get in the future.

Can Lebron James Close The Deal In This NBA Finals?

Lebron James is one player whom has taken a lot of heat for his past failures. Some were warranted, but some were not. This year looks like he has a good chance to finally get that elusive NBA Championship that he has wanted. Can he close the deal this year in the NBA Finals? This could be the toughest test he has faced in his career in a long time. The Thunder have Kevin Durant and is a very deep team. The Heat have some talent as well, but no where the depth of the Thunder.

This NBA Finals will come down to James and how much can he can carry the Heat. Dwayne Wade and Chris Bosh have their moments, but in the end it will come down to what James can do. Lebron James can control a game if he wants to and will needed to be called upon in this final few games. Without James playing his best I just do not see the Miami Heat winning it. The bad part for James if the Heat lose he will be the one who gets blame once again. 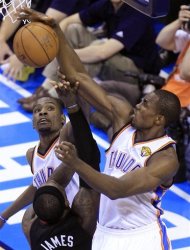 Sports for the most part have been idled for a good amount of time and fans of these sports have been going through withdraw without them. N... 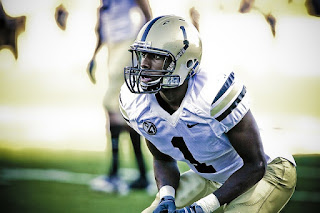